Here’s a close look at the West End of London, together with some of the best Airbnbs nearby.

The West End of London is an area that’s well known for its razzle-dazzle and glamour, with an endless array of things to see and do. Bars, restaurants and hotels nestle alongside theatres, art galleries and high-class shopping in the city that never sleeps.

And at the end of a busy day, you’ll need somewhere to put your feet up before you head back out for dinner and perhaps a show. Once again, you’ll find yourself spoilt for choice for places to stay. Whether you’re looking for a small and intimate boutique apartment or a large, luxurious 5-star suite, London has everything you can imagine - and a little bit more.

London’s West End covers everywhere from Park Lane to Kingsway, and Euston Road down to the Thames. A large and expansive area, it includes some of the most famous hotspots in the city such as Mayfair, Regent Street, Oxford Street and the boho region of Soho.

No matter when you visit the West End, it will be busy. Tourists flock to the city all year round giving it a vibrant atmosphere that’s truly unique.

The King of Covent Garden: Known as the home of artists, poets and all things creative, Covent Garden is a must for any visitor to London. The King of Convent Garden is ideally located, but there’s far more to this accommodation than the perfect position. Step inside the door and you’ll feel as if you’ve entered a magical world, with a whimsical design which is unique in every way. With a magnificent decor that defies words, there’s enough room for four guests in the two bedrooms.

There is an abundance of theatres in the West End, and many people combine a trip to the capital with the chance to take in a show. Some of the most popular shows that are still running in the West End include:

Phantom of the Opera

Opening in 1986, the Andrew Lloyd Webber musical has reached iconic status, telling the now-famous tragic love story on the stage at Her Majesty’s Theatre in Haymarket. The disfigured musical genius and the beautiful soprano’s doomed love affair has been seen by more than 140 million theatre-goers world-wide and has scooped more than 70 awards.

Usually referred to as Les Mis, this show has been open since 1985 and can still be seen at The Queen’s Theatre in Shaftesbury Avenue. The longest running musical in the world, Les Mis is set in pre-revolution France and is simultaneously heart-breaking and uplifting. Love, passion, sacrifice and redemption; you will be swept up in a wave of emotions as the show unfolds to its dramatic conclusion.

Not all long-running West End shows are so serious and sombre, as the Abba-inspired Mamma Mia demonstrates. A fun jaunt that tells the story of a girl’s life on a Greek island as she tries to find out the identity of her father, told through the music of the Swedish band. Mamma Mia opened in 1999 and has enjoyed several runs at different theatres, but since 2012 has been playing at the Novello Theatre in Aldwych.

Little Rupert: If you don’t need a lot of room and are keen on staying right in the very heart of the city, Little Rupert is a top pick. Gentle on the bank balance, it offers a light, bright space in the centre of Soho. Just 0.2 miles away from the action, Little Rupert sleeps two with a single bedroom and bathroom and comes complete with complementary hotel-style toiletries.

Whether you’re planning a budget trip to London or a no-expenses-spared treat, there is a vast choice of accommodation within easy access of the sights.

Only a mile away from the bright lights of theatre land and within walking distance of Baker Street, this quiet mews accommodation provides the perfect pad to replenish your energy for the next day. Open plan living fuses with quirky features such as a well-equipped jukebox, playing card-themed cushions and a floor to ceiling bookcase. Contemporary and modern, the aptly-named Jukebox accommodation has three bedrooms, three bathrooms and can sleep up to six.

If you’ve got the money for a big blow-out, this Park Lane apartment suite provide a lavish base to explore the West End. With a concierge service at your disposal, the apartment offers stunning views from the balcony over the city. If you want to relax in your accommodation and take a night off from sight-seeing, you’ll be able to enjoy the many amenities. These include a fully equipped kitchen, expansive dining area and your very own private cinema room.

If there’s a large group of us travelling to London, it can be so much more fun if you stay at the same place. However, there’s not very easy as space is at a premium in the city. With eight bedrooms and sleeping up to 16, Marylebone Mansion is the exception. With a traditional and homely decor, this is the perfect spot to book if space is your main priority.

If you yearn for an experience which is a little different than the norm, check out the Adaptable House in Bloomsbury. Despite being under a mile from all the main attractions, this deceptively spacious house will make you feel as if you’ve stepped outside the city. With a rooftop terrace, glass room, Aga cooker and kooky architecture, this house has won awards for its approach to adaptable living. With five bedrooms, it sleeps up to nine and really embraces the concept of communal sharing. 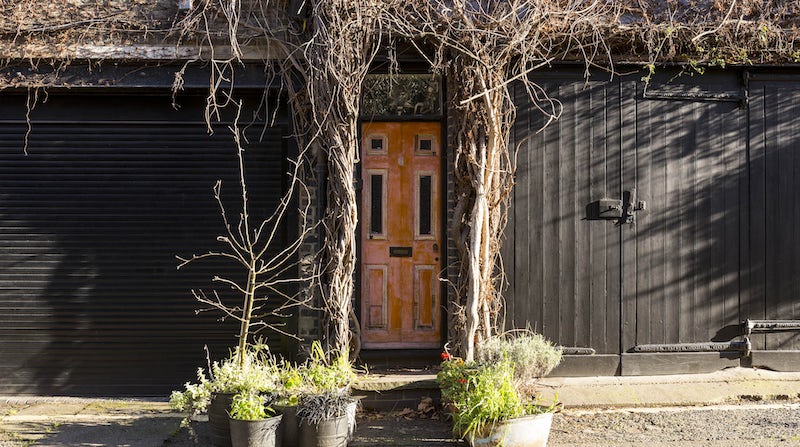 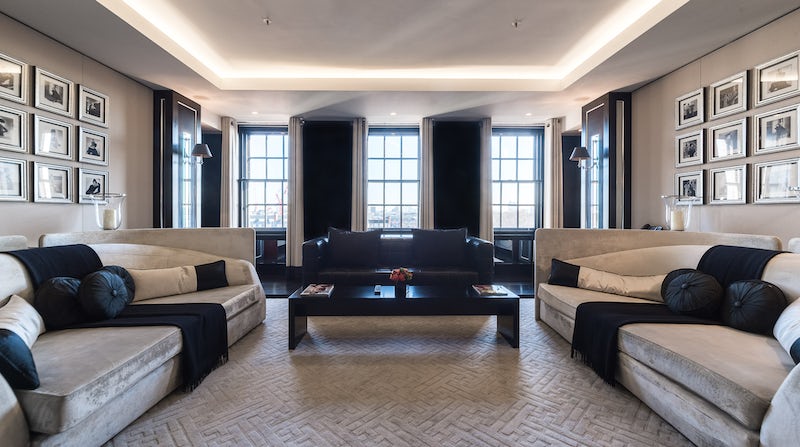 The Kensington Suite at Park Lane 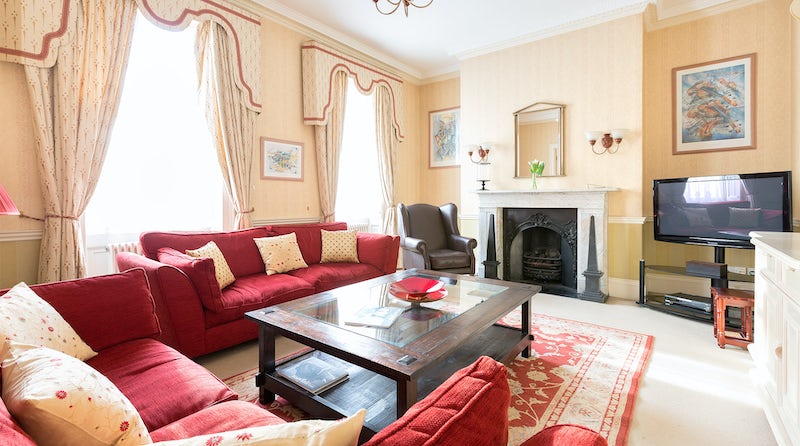