Along with having some of the most stunning landmarks in the world, London is home to some of the best luxury hotels. Here's our Top 10.

Ah, London. There is so much to see in one of England's oldest and most open of cities. Not even the amount of rain can ruin a stay in London, regardless of how much it tries. (And boy, does it try.)

When it was announced that Big Ben was to go under construction, gasps were heard across the span of the United Kingdom. It's not because Brits are more connected to their past than other people. It's that Big Ben's bell was a sound that was a massive part of the fibre of the city.

Whether silent or loud, its distinct tower looks out over the Houses of Parliament, Westminster Abbey, and the Thames. When you close your eyes and think of London, it's Big Ben that you see.

Just minutes from St. James's Park, the plush, 4-star St. Ermin's Hotel was built as a mansion block for London's aristocracy. Recent refurbishments have restored the decor - a selection of Art Nouveau and rococo plasterwork - back to its original design.

Insider Tip: During a warm day in the summer, go and relax in the Queen Elizabeth Roof Garden Bar & Cafe

One of the first observation wheels in the world, the London Eye has made up part of the London skyline for nearly 20 years. Queues can be brutal for the eye, but there's a reason for that. Observation wheels offer views of their base cities that are wholly different to anything else.

When or if the queue is long and you haven't bought a fast track ticket in advance, you could and should take a walk along the South Bank. Even on typically grotty and rainy English days, you'll find street entertainers and food vendors.

An upscale hotel based between Westminster and Waterloo, Park Plaza County Hall has a view to kill. As well as offering contemporary and upgraded rooms, there's a full-service spa, sauna, and fitness centre.

3. TOWER BRIDGE & THE TOWER OF LONDON

The Tower of London's reputation precedes it. It's hard to believe that this building has housed some of the most unfortunate and controversial characters in British history. On a warm day, it's nice to sit on St. Katherine's Way at the tower side of the bridge. Just get some coffee or a light lunch from the Tower Bridge Café or walk a little way east to the Dickens Inn.

You'll find The Lalit London a wee bit South of Tower Bridge. This is a top boutique hotel run by India's Lalit Suri Hospitality Group and is their first property outside of India. The Lalit ethos is a focus on spirituality, health, wellness, and culture, and also offers Ayurvedic healing in its spa.

Where you'll find the National Gallery, Nelson's Column, lions and, during winter, the Trafalgar Square Christmas tree which attracts thousands of visitors a year. Trafalgar Square is where you'll also be able to see the purposely vacant Fourth Plinth. The Fourth Plinth is a spot reserved for resident art pieces. Past resident artists have included Anthony Gormley and Elmgreen & Dragset.

Piccadilly Circus and Leicester Square are nearby, as is Somerset House - a great venue for cultural events and its beautiful dancing fountain.

Located in Mayfair, The Ritz is one of London's most bougie hotels. Everything about it has been created to treat its visitors with respect and an unbeatable experience. Everything is also 5-star. Including the antique furniture.

Of all of the Royal Parks in London, Regent's Park is one of the best in which to spend a day. To the north is Primrose Hill, where you can take a picnic to relax outside of the hubbub.

London Zoo is a fab spot to take the kids for a day out. Opened in the first part of the 19th Century, ZSL (Zoological Society of London) is one of the world's oldest scientific zoos. (Butterfly Paradise and Gorilla Kingdom are our favourite exhibits!)

As its name suggests, Chiltern Firehouse is inside of a former Victorian fire station. Its red brick exterior is surrounded by dozens of trendy bars and restaurants in the Marylebone area. Its own restaurant is top, too.

Seated on Ludgate Hill, St. Paul's is set at the highest point in the City of London. Its dome is similar to St. Peter's Basilica in Rome and the Pantheon in Paris, but its baroque style is purely and totally British.

St. Paul's Cathedral is one of the most recognised of buildings in the world, and there's more to it than its exterior. For £18 per head, it's open to tourists, so you can see it for yourself.

Behind an unassuming blue door in Clerkenwell, The Zetter Townhouse resides. This small, boutique hotel is catered to guests who are looking for a quieter spot to rest their heads. Each of the 13 rooms is decorated differently, offering refined decor and quirky, reclaimed furnishings.

Insider Tip: If you'd still like to see the view from the Shard without going to the top, the Aqua Shard restaurant and bar has an impeccable view all across London.

Also known as the Shard of Glass, The Shard is London's tallest skyscraper and dominates the skyline as a direct line through to the heavens. The annual amount of tourists is roughly 2.5m a year, and if you scale it to its observation deck, it will immediately make sense as to why.

Luxury Airbnbs In the Area

SHANGRI-LA, AT THE SHARD

Occupying the space from floors 34 to 52 of the iconic Shard, Shangri-La is a modern, oriental hotel with a difference. Each room provides floor-to-ceiling windows with stunning city views, and there's an infinity pool. (Because why wouldn't there be?)

Staying close to Hyde Park means staying close to London's best cultural attractions. In the park itself - which hosts dozens of events throughout the year - you can swim in the open-air Serpentine, play tennis, or even go horse riding. Kensington Palace is located on the western edge of the park.

Outside of the park, the list of nearby attractions is endless. The Royal Albert Hall stands on the southern edge, and the V&A, Natural History Museum, and Science Museums are all a proper short walk away. Blimey! How do you fit it all in?

Luxury is limitless at The Westbourne. Set across 8 restored Victorian townhouses, this plush, contemporary hotel is just six minutes walk from the park. Couples are its most popularly residing guests, earning it a 9.1 on Booking websites.

One of two Tate galleries in the City of London, the Tate Modern is Britain's national modern and contemporary art museum. A trip without venturing here at least once or twice, for an art-lover, would be a wasted one.

It's set inside of an old power station on the banks of the Thames. Indoors, its great hall houses brilliant art from history's best contemporary artists from Andy Warhol to Cezanne to Picasso.

Luxury Airbnbs in the Area

Seeing the name Hilton attached to a hotel, you know you're going to have a pleasant time there. The Hilton London Bankside building itself looks to be an exhibition from the Tate Modern. Set in a modern

Look! The Queen lives here! Even more exciting than that being a fact is the history. But, the Queen lives here. When she isn't having her jewels babysat in the tower, we're sure she holes herself up in a room here to stare at them. (We would!)

Buckingham Palace has, for a hundred years now, become the go-to place for Brits in times of national celebration or mourning. You'll have seen it plenty of times in the past - and we don't expect you would! - but try to leave the guards alone. We know, we know. It's hard.

Did we mention the queen lives here?

After a luxury 5-star hotel five minutes from The Queen? Staying in The Goring will make you actual neighbours for a while. Talk about a cool thing to go on the 'gram. Fact: The Goring is the last hotel left in London that's still being run by the same family that built it. 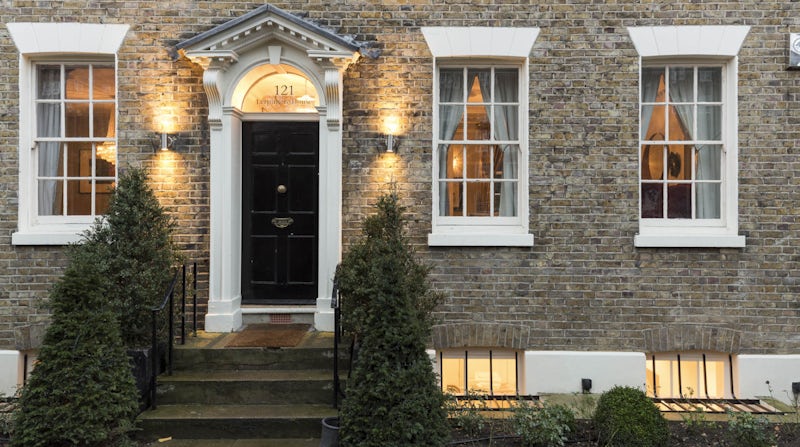 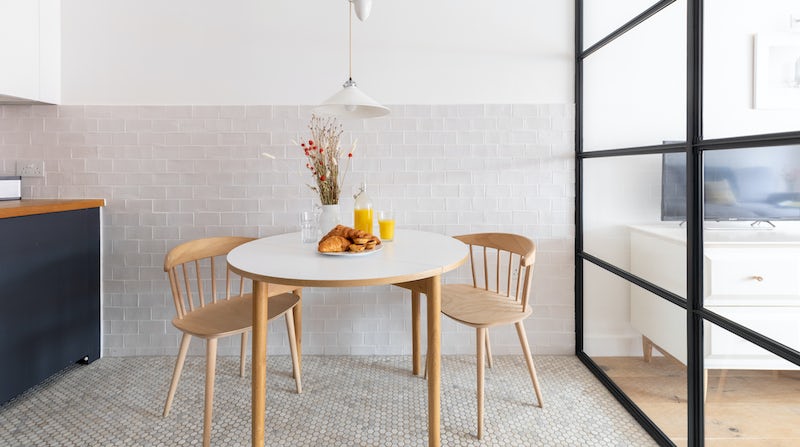 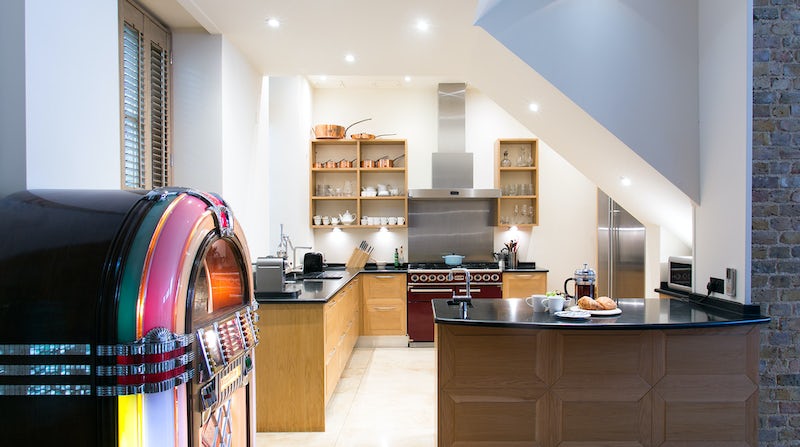 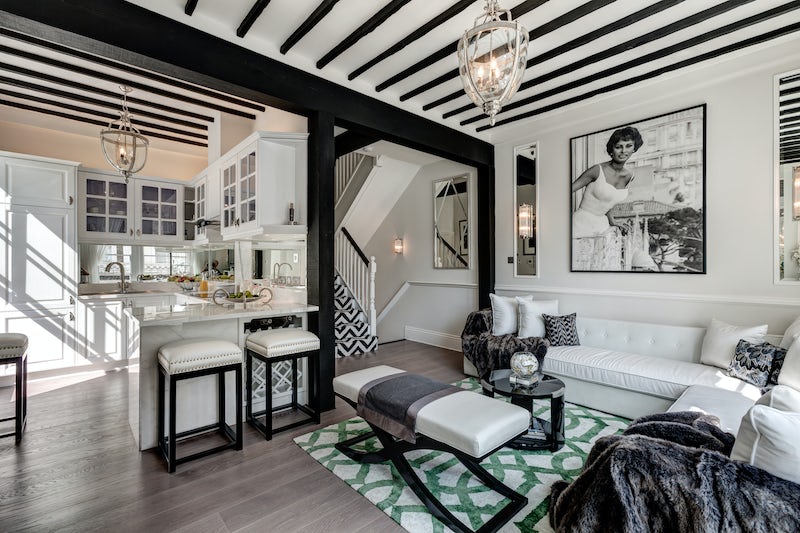 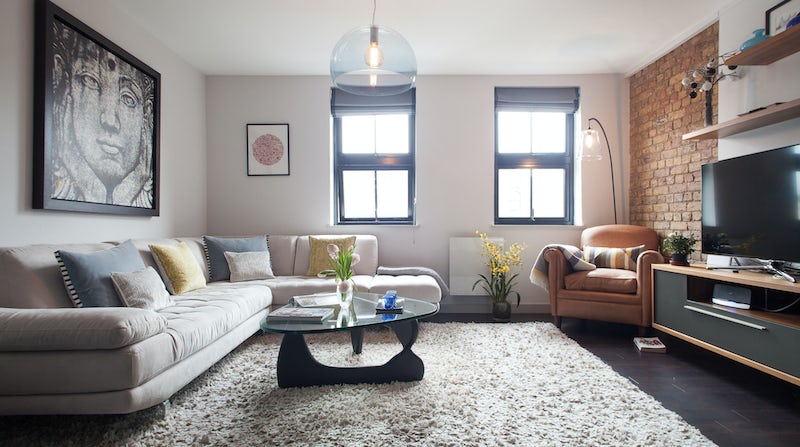 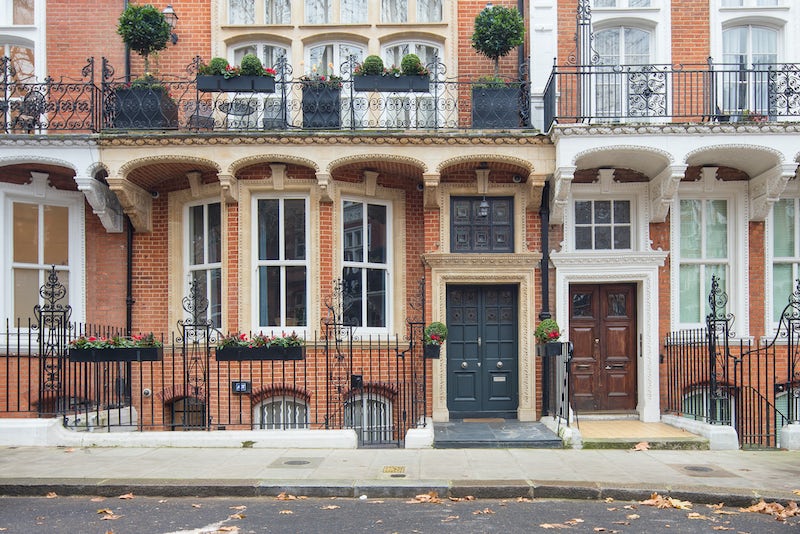 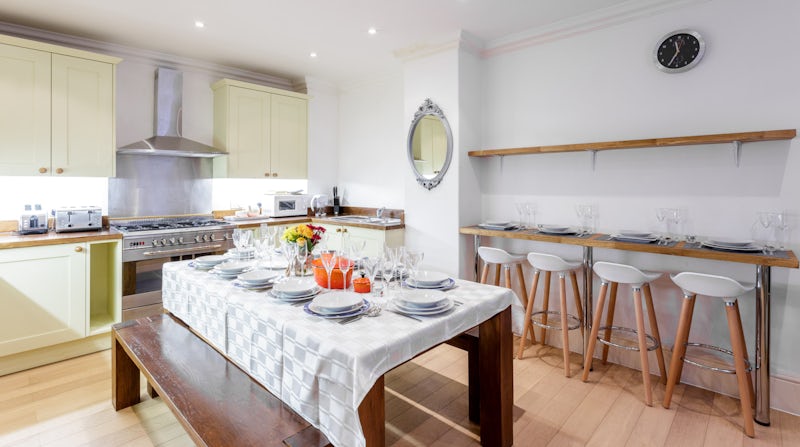 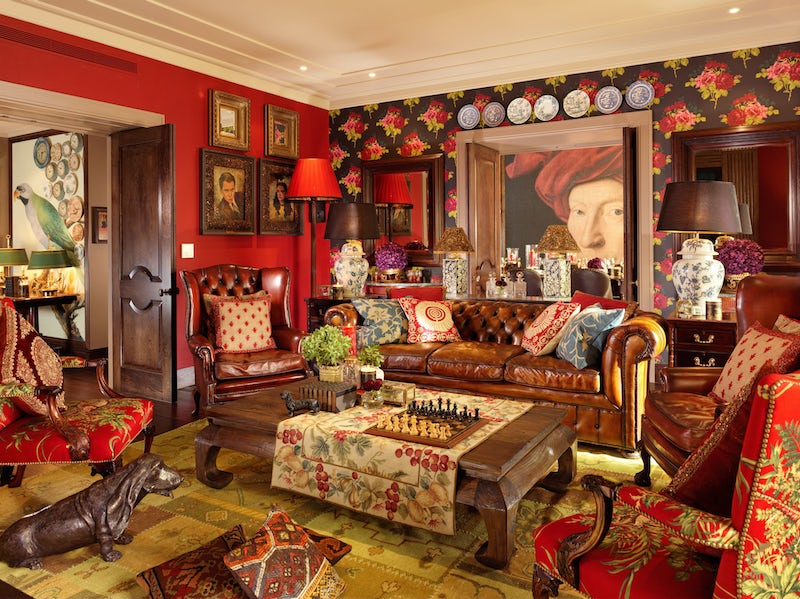 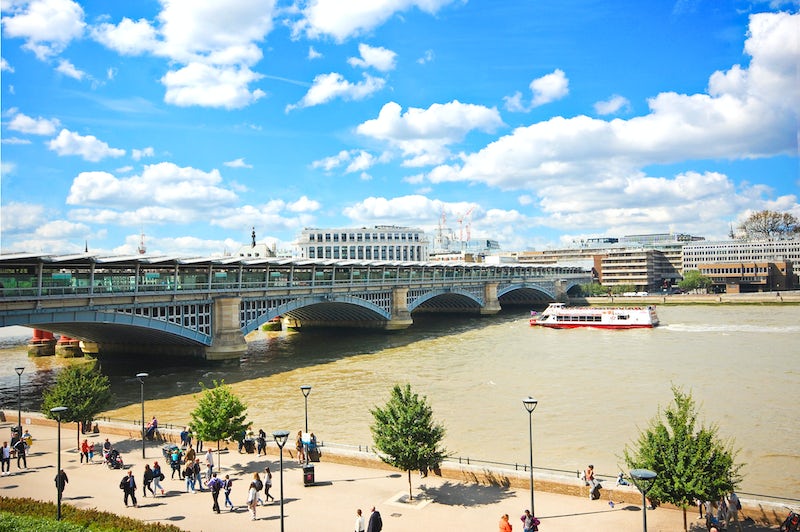 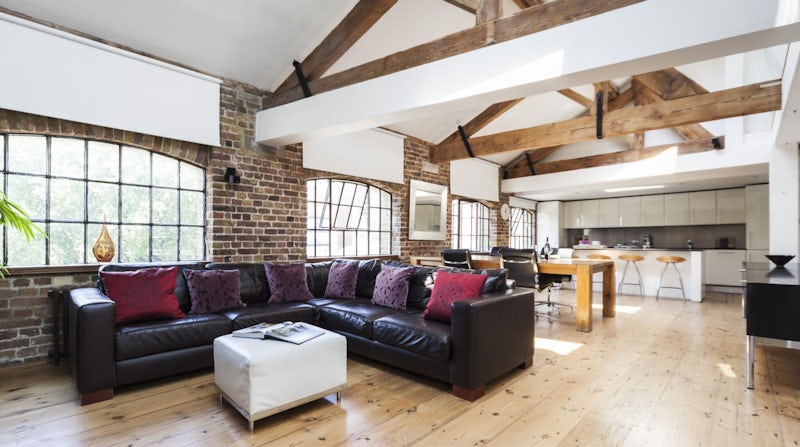 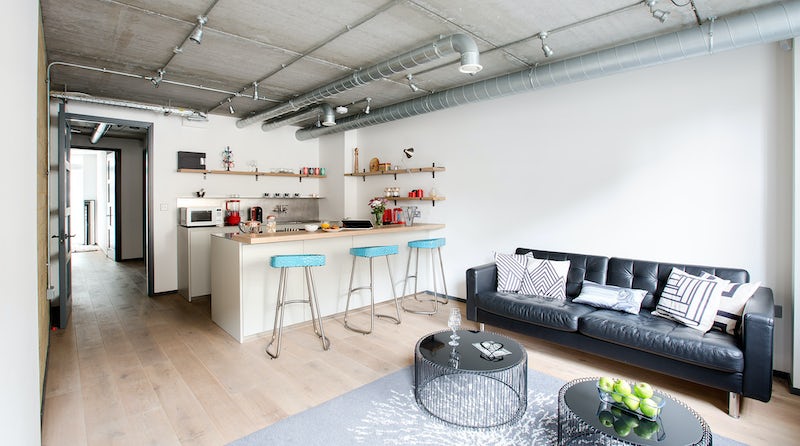 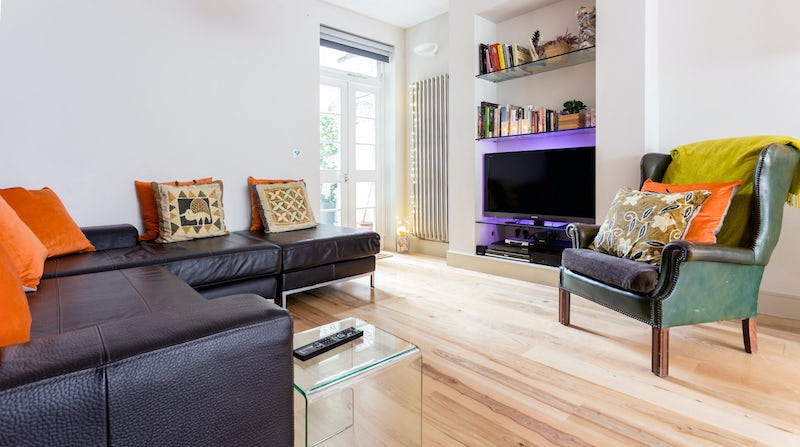