The Ultimate 4 Day Itinerary for London

What to see when you've got 4 days in London

Find expert tips, here on Plum Guide. From where to stay, what to eat, and what to see in some of the world’s finest cities. Find expert-approved homes too: Plum Guide is a collection of the very best vacation rentals in the world, approved by our expert Home Critics after a rigorous 150 point test.

As one of the most historical and exciting capital cities anywhere in Europe, the city of London rates highly on the list of ‘must-sees’ on many tourist agendas. As such a large and diverse city, there is so much to see, but usually so little time to try to squash in as much as possible. As experts on what our city has to offer, here is a short Plum Guide itinerary, to get the most out of our nation’s capital.

The first thing you want to do is buy a multi-day travel card so you can get around the city without bankrupting yourself. Our recommendation is to buy an Oyster Card, which is a contactless, smartcard that is less liable to get lost than a paper ticket, and is super easy to use. Simply go to visitbritainshop.com, buy an oyster card and top it up with about £30. It will get posted to your home, so that you will have it on arrival in London, and will be good to go!

We are assuming here that you have sorted out somewhere to stay at this point, and are not sleeping rough in a park. London has every type of accommodation to fit every size wallet, so you won't be stuck for choice. If not, check out some of the homes on The Plum Guide.

Okay, so you are in one of the most iconic cities in the world and feeling at a loss for what to do next. Our suggestion? Head straight to the centre and get an eyeful of the London that you know the best from the movies. Familiarise yourself with the Tube system (or just keep asking people until you find your feet), take the Tube on the yellow circle line to Westminster, and you are right in the centre of the City of London!

Every familiar sight is there, and includes the following within a few minutes walk:

North side of the Thames

South side of Thames

Our suggestions are just that, but they will keep you heading in a decent direction, aimed at absorbing the best attractions around. You haven’t really been to London until you’ve seen the traditional sights at least once in your lifetime. So start off here, and get a feel for all this magnificent city has to offer.

You just have to pay a visit to Covent Garden, where you will be bamboozled with the choice of pubs, restaurants and eating options available to you. Spanish tapas at Barrafina, French cuisine at Clos Maggiore… the original styles, rich flavours and vast number of countries represented in the immediate area will simply blow your mind! So, spend some time here one evening, and tuck into some top nosh in this foodie’s paradise.

It’s time to head off into a different direction today, and explore something totally different from the crazy rush that is central London. There are a few routes you could take here, but one of our favourites has to be…

Former residence of Princess Margaret and Princess Diana, this quintessentially British Palace has the grand Formal Gardens, as well as the beautiful Sunken Garden to explore. Inside, there is the King’s Apartments and Gallery to admire, while there are always different exhibitions on display, exploring the castle’s royal heritage and past residents.

To eat, you can grab a quick bite at the Palace Cafe, or if you would prefer something rather more formal and eloquent, you should head over to the Orangery, where gorgeous breakfasts or delicate afternoon teas can be enjoyed alfresco style in Princess Anne's orangery.

Diana’s Memorial Playground is situated just up the road from the palace, and if the weather allows, you could pay a visit. It’s a good place where kids can let off some steam, which was the idea of the grounds, in memory of a much-loved princess.

Once you’ve headed back to your base, you may want to start thinking about what to do with the evening. And once again we suggest changing tack, this time taking in all the noise and bustle of Leicester Square at nighttime.

It’s all here in abundance - free music or comedy in a variety of different pubs, plenty of renowned West End theatres to indulge your cultural side, or a sea of bars, pubs and nightclubs to throw a few shapes in during the early hours. There is plenty of street food and performers as well, so there’s no chance of starving or getting bored. There are also late night walking tours around the haunted pubs of the area. Leicester Square is 24 hour action, and it needs to be sampled.

Who could be more British than the (fictional) detective Sherlock Holmes, created by Sir Arthur Conan Doyle? Situated on Baker Street (of course) near Regent’s Park, this private museum recreates what Holmes’s home would’ve looked like had he not been fictional.

Just round the corner is another famous name that should not be passed by - Madame Tussauds waxwork museum. Whether it’s the latest celebrities or sports stars that you want to pose with for a selfie, or important figures in history, the displays change constantly, so pop in to see who is available for a picture with you.

There is also Regent’s Park itself if you wanted to let the kids run loose or you just fancied a stressless stroll around. There is an Open Air Theatre near the Baker Street End, but if you make you way to the far north end of the park, you can explore the world famous London Zoo, which is well worth a visit for little or large children...

Marylebone is a great area for cafes and restaurants, so it would be worth crossing over the road from Madame Tussauds for a quick browse for somewhere to eat. Whether it’s a Lebanese meal at Comptoir Libanais or something extravagant at Dinings, you won’t have far to look for great food in the north-west of London.

Musical entertainment runs through the veins of London, and tonight would be a great time to enjoy whatever it is that you fancy. Jazz in a small and intimate club, or the latest act performing at Wembley Stadium. Don’t forget about the terrific variety of musicals that are always on in the West End as well. The best shows in the world have been performed here, such as Cats, Phantom of the Opera and Les Miserables, so see what’s on and ‘have the time of your life…

If you haven’t already done so, you should have a curious look around one of London’s many museums and galleries. Quite a few of them are even open till late, mostly on Friday nights for places like the Barbican, British Museum, National Gallery, National History Museum or Tate Modern. There is plenty of fascinating history dotted around the city, and this is your chance to see genuine Egyptian mummies, dinosaur fossils or even the Rosetta Stone, and more museums than you could ever manage to see in one visit.

There will always be other attractions that will catch your eye and drag you from your proposed agenda for the day, so just go with it! There is so much to do and see that you shouldn’t deprive yourself if you spot something interesting. Saint Paul’s Cathedral, the Tower of London, Lord's Cricket Ground, Wimbledon, Wembley Stadium... the list is endless, which is what makes this city so worthy of exploring.

If you want to get the best view in town, then you simply cannot beat the views from the top of the Shard on a clear night. No other platform will open up the city to you like the Shard at London Bridge, with nocturnal beauty that will leave you breathless. With six restaurants to choose from in the building, why not make your last night in London one to remember forever... 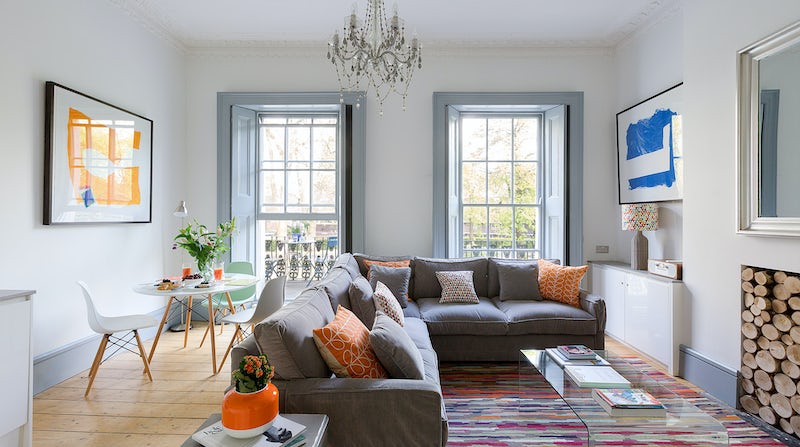