London For New Year's Eve: A review of Where To Stay

New Years – there’s always such a hype to it. Each year, in the lead up to the fateful countdown, there’s always such pressure to arrange some organised fun. So why not let the Plum Guide help you out with some great advice on where’s best to stay in London? This way you can be sure you’ll be stepping into the New Year with a smile on your face.

"Whichever spot you choose, central London is a safe bet and will not let you down on New Year's Eve."

If you’re feeling young and energetic and want your New Years to be filled with drinks, crowds, dancing, fireworks and more drinks, then stay somewhere central. Think Piccadilly Circus, Soho or Covent Garden. Whichever spot you choose, central London is a safe bet and will not let you down on New Year's Eve. To be honest, you’d probably find all of those things listed above on a normal night out in central London - it’s just heightened on NYE. A Plum Guide top choice would be to stay in the area of Embankment. It’s a great spot to stay in during your late December trip, as you’ll be surrounded by famous landmarks like the Millennium Wheel and Big Ben which are lit up during countdown and engulfed in fireworks as the clock strikes midnight. If you’re lucky enough to snatch up a home that’s high up in an apartment block or even better, with its own roof terrace, then you’ll be experiencing New Years in style – you would have escaped the masses that flock to watch the fireworks and even better you won’t need to pay to watch them either! If you do decide to stay central, you can easily continue the fun after midnight as you’re spoilt for choice on where to go. People will be pouring in and out of the local pubs and clubs like Heaven or Scarlet’s Bar.

Can’t choose where to go? You needn’t worry, as in your tipsy state, you’ll end up chatting to some of the many passers-by on the street. You’ll become best friends (no doubt thanks to the double vodka you had at Punk) and you’ll be asked to join their afterparty. Once the night starts to wind down, you must finish your big night out in a true London style – with some fast food. Central London spoils you with kebab shops and takeaways. Kudos to you if you’re still awake by mid morning – but if you are, on your way home perhaps you’ll catch a glimpse of the New Year's Day parade that runs through Oxford Circus.

Does all that sound a bit too boisterous for you? Ok, well then we say head out to Greater London and find a place to stay in Richmond. This sleepy borough is known as the safest and one of the most beautiful in London. It’s famous for its vast expanse of woodland known as Richmond Park, home to herds of deer and other wildlife and is a great spot to escape the polluted areas of the city – it’s no wonder that national treasure David Attenborough lives here. Because it’s a reserved park, you can’t light Chinese lanterns or sparklers here which makes it a much quieter place to be on NYE – sounds boring? You’re so wrong.

"Head to Sawyers Hill, an elevated segment of the park where you will find the most amazing spot to watch all the fireworks go off around the city at midnight."

For those in the know, head to Sawyers Hill, an elevated segment of the park where you will find the most amazing spot to watch all the fireworks go off around the city at midnight. It will undoubtedly be peaceful and picturesque with the added bonus of being absolutely free.

Bring a bottle of bubbly and you’ll enter New Years with a bang. Plus, contrary to those partying hard in central London, you’ll most likely be feeling right as rain on New Years Day, so we suggest taking a trip to Richmond Rink for a spot of ice skating in the morning to top off your New Years trip.

Perhaps you’re wanting something that’s the best of both worlds – a bit of sightseeing mixed in with some good old partying? Well East London is the place to stay. This part of the city has shot to stardom in recent years for becoming the trendy heart of the capital city where partygoers flock to, to attend warehouse raves pumping house music till 6am.

"Some of the coolest parties will be happening here, with some of the trendiest looking people."

Some of the coolest parties will be happening here, with some of the trendiest looking people. In simple terms, East London makes Lady Gaga look normal. If you’re looking for a big night out – head to XOYO on Cowper Street to party with the beautiful, easy going crowd.

East London isn’t just all about the partying. Find a great Plum Guide home in somewhere like Shoredich, Hoxton or Dalston and explore the surrounding areas. It’s filled with quirky bars, hipster coffee shops and traditional pubs. Plum Guide must sees are Lady Dinah’s Cat Emporium – yep, go and stroke some cats and have a slice of cake. Or how about Cereal Killer? London’s only cereal based café with 120 varieties to choose from – perfect for that hangover breakfast.

If you’re feeling a bit more sprightly you can even take a trip to the renowned Brick Lane market where you’ll stumble across a wealth of exciting food stalls, clothes stands and homeware goods. If this sounds like it’s hit the spot, then why not try Plum Guide's East End Bazaar property, situated only moments away from Brick Lane itself.

Eclectically decorated this loft apartment wont fail to amaze. Plus, if you’re not big into New Years, you can always stay in with your travel buddy and watch a film on the projector, in typical East London fashion. 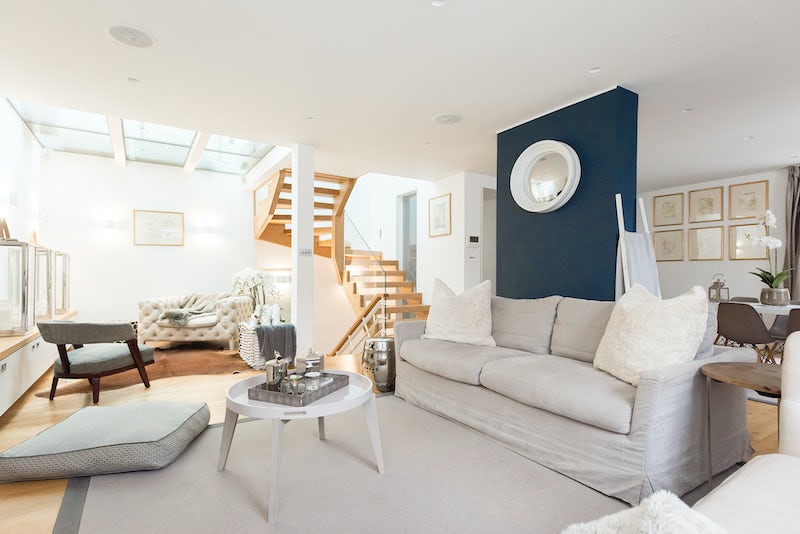 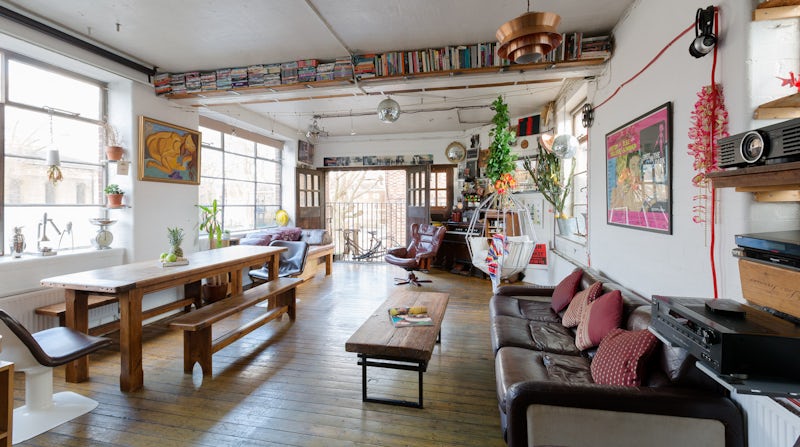 Athina is based in Clerkenwell and writes for Topology, a interiors blog. She loves coffee, walking her dog and exploring hidden London.