The Insider's Guide to Sightseeing in London

London is proudly a city for tourists, but there are some unique places to visit which you might find even more interesting

We know you’ve heard all about Buckingham Palace, Big Ben, and the River Thames. But what about some more unique experiences that are a little off the beaten track? Living like a local means there’s so much to experience on your very doorstep.

London may be huge, but really it is just an amalgamation of lots of villages. Just look at the street names: virtually every borough has a high street, a church street and an old market square. It’s not even clear which village should be “downtown” – the centre of London.

Depending on your viewpoint, you may look for the heart of London in Mayfair with its fine-art galleries, exquisite restaurants and close proximity to Buckingham Palace. If you are in London for work, the City may well be your centre of gravity, and poor old Holborn tries to compete for the spot of “midtown”.

While it all underscores the British capital’s diversity, it also means that London’s landmarks are all over the place.

Making your way around Mayfair and Piccadilly

If you're in London for a few days of condensed sight-seeing with manageable walking and plenty of spots for coffees, cakes and people watching, nothing beats Westminster’s central neighbourhoods of Mayfair and Piccadilly.

The Queen of Mayfair

The City of Westminster, as it's formally known, also includes famous stretches such as Soho, Strand and St James’s, so you are never far away from a theatrical performance or a royal crest.

The borough boasts the highest number of blue plaques – more than 300 of those English Heritage plates adorn homes of (long-dead) famous residents.

Big Ben often peeks out at the end of a road, if you look vaguely south, so you can concentrate on visiting the less touristy sites in easy reach.

Walking is a very London past-time, and driving around can end up taking you longer and costing you more. For example, it's much easier to walk from The Wallace Collection to Selfridges.

Likewise, the Sir John Soane Museum in Holborn (just outside the Westminster border, but we won’t tell anyone if you don’t) is within easy reach of the West End with its theatres and watering holes like the old-school Salisbury pub on St Martin’s Lane.

You can have breakfast at The Wolseley on Piccadilly, tea at Claridge’s and dinner in Chinatown, all without the need for a cab.

For film buffs, Westminster has lots of treats in store too: from Sherlock Holmes’ “home” at 221B Baker Street to James Bond’s brooding strolls along Whitehall, the perhaps most fitting location is Covent Garden – backdrop to Alfred Hitchcock’s Frenzy.

The only problem with being close to so many sites is that there are so many people who want to see those many sites - you'll find often that unless you've booked well in advance, it can be hard to stay centrally. Even when you do, factors like noise pollution and the sheer overwhelming crush of bodies might not sound like your idea of fun.

An alternative for your sight-seeing base is the west London borough of Kensington & Chelsea.

If you stay close to the Museum Mile in South Kensington, the most refined version of London is at your doorstep.

World-class collections line Cromwell and Exhibition Roads, and since the area is firmly in French hands thanks to the Lycée Français, it is virtually impossible to get a bad meal here.

Marvel at dinosaurs and rainbow diamonds at the Natural History Museum, check out the latest blockbuster fashion exhibition at the Victoria & Albert Museum, and have your mind blown at the Science Museum.

A short walk north takes you to the tiny Serpentine Gallery in Hyde Park, and the brave can even hire a boat or take a little swim in the Serpentine lake, where the views of Big Ben and the London Eye are free (although subject to a duck swimming into view).

The Chelsea Physic Garden is a stroll to the south but definitely not to be missed.

Sightseeing in London: Off the Beaten Track

Just thinking about all these locations can make an old Londoner pine for their favourite part of the city. After all, the beauty of London is to be close to so many sites – but not too close.

Hampstead is the picturesque North London home of writers and artists, and it has a true village feel. The roads wind up and down along the hills, the streets are leafy and teeming with excited Labradors pulling their owners to the famous Hampstead Heath, a huge rugged park overlooking London.

Follow their lead past the house of Erno Goldfinger, who built and furnished his Modernist home and served as inspiration to his neighbour, Bond-creator Ian Fleming.

There's also a chance to pop in to Keats House, and see where he penned his Ode on a Grecian Urn and Bright Star.

Stroll north via Parliament Hill for a view of London’s skyline to Kenwood House, a stately home and museum with a lovely café.

Unmissable Places You Might Not Have Thought Of: Haggerston

You probably don’t have this particular name on your list of things to do in London, but hear me out: it’s that bit between Shoreditch, Dalston and Bethnal Green which manages to capture the best of East London cool, while still being friendly.

Spend time at the Geffrye Museum and gardens on Kingsland Road before heading to Brick Lane for a curry. Kids will love the Hackney City Farm in Haggerston Park, the Victoria & Albert Museum of Childhood and the (almost impossible to describe) Viktor Wynd Museum of Curiosities.

For an adventure in time, head south to Spitalfields and visit Dennis Severs’ House on Folgate Street.

On a Saturday, go food-shopping on Broadway market, and on a Sunday join the other visitors in London on Columbia Road flower market. It may be crowded, but you have to see it before heading back to your London home.

Luxury Airbnbs for Sightseeing in London 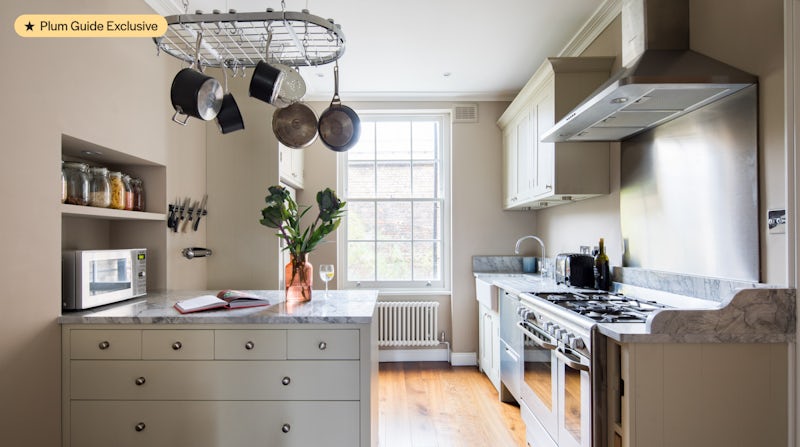 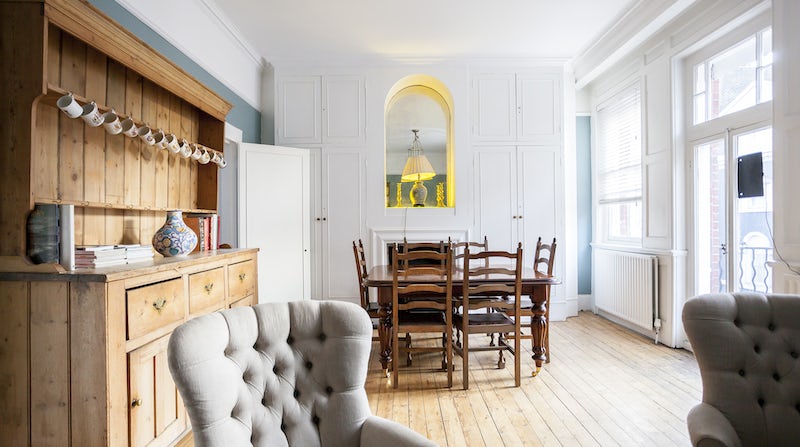 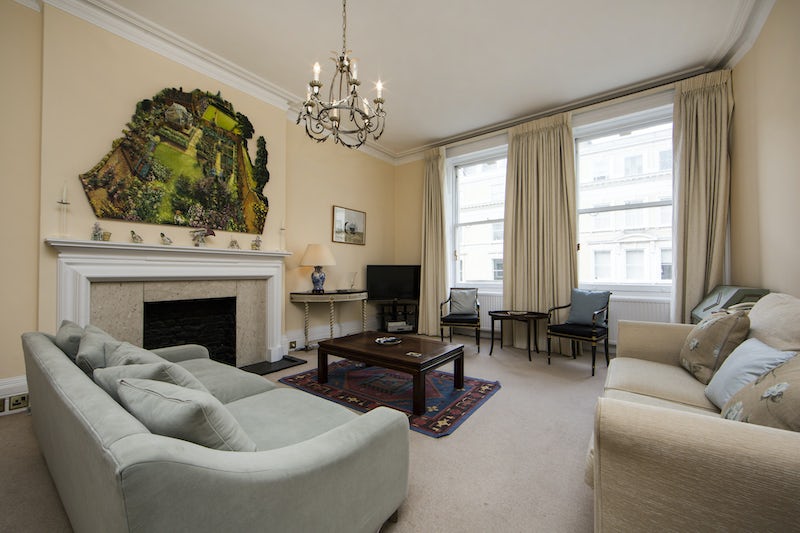 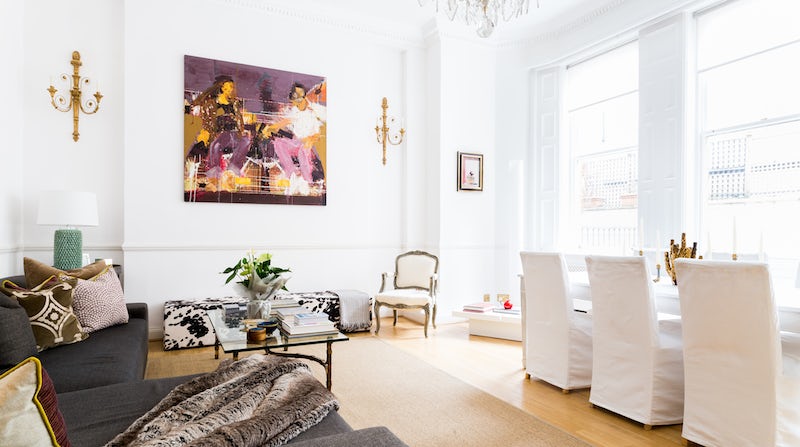 The Queen of Mayfair 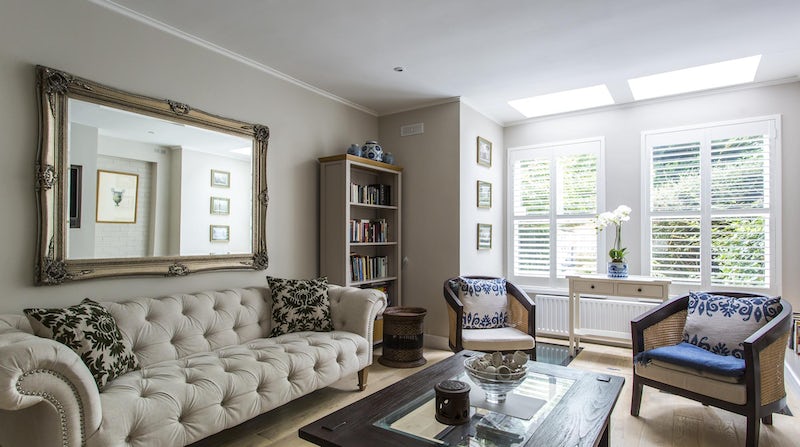 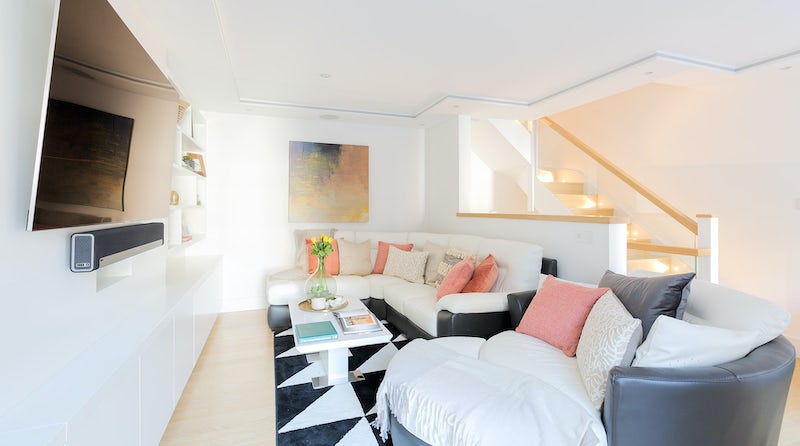