Traveling Around London - The Tourist’s Guide

We’re very proud of the London Public Transport system - it’s fast, cost-effective and reliable. But it takes a little getting used to, so here are some things you should know

Transport for London (TfL) is the transportation agency that oversees the majority of London’s transit network including the underground, overground, buses, trams, light rail, and river services.

London is divided up into 6 zones, which is especially important when trying to figure out fare prices for rail systems. Zone 1 is the most central part of London while the following zones are rings around it, each spreading farther and farther out. Travelling within a single zone will be cheaper than if you were to go from, for example, Baker Street in Zone 1 to Wembley Park in Zone 4.

There are several different ways you can pay for public transportation in London. The first is by contactless bank card. If your card allows for contactless payments, you’ll be able to just tap it on the yellow reader and be good to go.

The second way, if you’re taking a train, bus, river bus, or tram, is to purchase a paper ticket. There are day travelcards that allow you travel as much as you want within a day on any of the transportation services in London. If you only foresee yourself using the buses, then you can purchase a one day bus pass. Additionally, you can buy single or return journey tickets for any of the transit options.

The third way - and the most recommended way - is by using an Oyster card. You aren’t able to pay for any transit with cash at the time of boarding, so if you can’t use contactless, your best bet is to get an Oyster card. It’s a reloadable smartcard that you tap on a reader. By using cash, credit, or debit, you can load the Oyster as you go or purchase one of the travelcards for it. Fares charged to Oyster cards are also cheaper than those for paper tickets.

You can get an Oyster card upon arrival in London at any ticket machines at Tube, DLR, London Overground, TfL Rail, and National Rail stations. Note that in addition to the amount you load onto the card for the fare, there will also be a £5 fee for the card itself.

Or, to have everything ready to go upon arrival so you don’t have to stress, there’s the Visitor Oyster card. Buy it online in advance, pick a preloaded credit amount, and it’ll be delivered to your home. It’ll cost £5 for the card, postage fees, and whatever credit option you chose.

If you’re still doubtful, just think about how cost-effective the Visitor card would be versus a travelcard or paper ticket. A single day travelcard costs £12.30. The Visitor card offers daily capping which means that after a certain amount, payment is capped. For example, you can travel as much as you want in a day in Zones 1 and 2, but not be charged more than about £6 in total. Visitor Oyster cards also offer discounts and special offers at restaurants, shops, and attractions.

The London Underground, otherwise known as the Tube, is the largest railway system in London and is perhaps the most popular mode of transportation. There are 11 lines that see hundreds of thousands of passengers daily: Bakerloo, Central, Circle, District, Hammersmith & City, Jubilee, Metropolitan, Northern, Piccadilly, Victoria, and Waterloo & City.

The Tube does not operate 24 hours. Generally, the first trains will start around 5 am and run until midnight. However, TfL has started the Night Tube service, in which some lines - Central, Jubilee, Northern, Piccadilly, and Victoria - run for 24 hours on Fridays and Saturdays.

Jewel of the Thames

Tube fares vary depending on the start and end point of your journey and whether you’re traveling during peak or off peak hours. To enter the Tube, you’ll tap your Oyster or contactless card on the yellow reader. Or, if you have a paper ticket, insert it in the slot. This will mark the beginning of your journey. Upon arrival at your destination, you’ll have to tap your card or insert your paper ticket again. This will determine how much you’ll be charged.

The Tube, overground, DLR, and TfL Rail all share the same fare determination and payment method.

The best app for working out which services to use, and how to plan your connections, is Citymapper.

The Overground is made up of 9 largely above ground train lines that service London stations as well as surrounding suburban areas. It is partially part of United Kingdom’s National Rail network, but is managed by TfL. Overground trains run from early morning to shortly after midnight during the week but some will run for 24 hours on weekend nights to coincide with the Night Tube.

The Docklands Light Railway (DLR) is a automated rail system that serves East and South East London. On Monday through Saturday it runs from 5:30 am to 12:30 am and on Sunday from 7 am to 11:30 pm.

Currently, there is only one tram system in London, Tramlink. It serves Croydon and other surrounding areas in South London. As with its contemporaries, it runs from about 5:30 am until 1 am. Tramlink operates on a flat fare of £1.50 no matter where your journey starts or ends.

London’s bus system is comprised of 673 different bus routes. Service runs 24 hours but after 11 pm until 6 am, only 52 buses run as night buses. Unlike the Tube and other railways, you only need to tap your card once on the yellow reader upon entry and be charged a flat fare of £1.50. If you need to take more than one bus within an hour, TfL offers unlimited transfers within the first hour of tapping your card and all you have to pay for is the initial ride.

TfL operates 6 different river buses, 5 of which run between Putney and Woolwich, with the remaining one being an express service that runs before and after events at the O2 Arena. Children 5 and under go free, but otherwise prices can be as low as £4.10 and as high as £9.90 depending on where you want to go.

There’s also the free Woolwich Ferry that travels between Woolwich and North Woolwich.

All river services leave from London piers along the Thames. Hours of operation are from the early morning until the late evening.

Picture London and the image in your mind surely has one of the classic black taxis that it’s known for somewhere in there. Taxis licensed by TfL will either have a green or yellow license with their badge number displayed on the front and rear windows as well as a white plate on the back of the car that has the license expiration date and car registration number.

Running all hours of the day, fares are regulated by the TfL’s taximeter and can be paid by cash or card. A base charge of £2.60 will be applied to every journey.

And of course, there’s the tried and true method of walking. Get lost, use Google Maps, or find a guide, and get going. 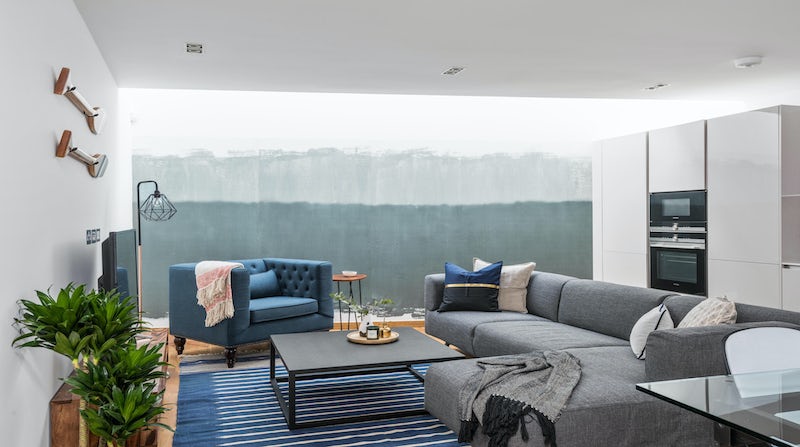