Essential Travel Tips for a Vacation in Paris

When it comes to traveling in Europe, you’ll find that there are special things to keep in mind before you go. We’ve done the hard work for you.

Travel shouldn't be as difficult to navigate as travel agencies seem to want us to think it is. According to the Holiday Habits report from 2016, city breaks make up more than half the total holidays taken every year. Unsurprisingly, Paris is one of the primary destinations for them.

We're here to help you with the vital info before you go - we wouldn't want you to experience Paris syndrome.

WHAT TO CONSIDER WHEN PLANNING A TRIP TO PARIS

When considering a trip to Paris, one of the first things that most of us think about is the dress code. Because, after all, we're going to Paris.

Parisians have a casual elegance that isn't rooted in money or brands alone. Their style is palpable, and when you're in Paris, it's not that hard to tell who is a local and who isn't.

Less is definitely more when it comes to Parisian styling - think casual layering and easy comfort. You're likely going to be doing a lot of walking and there's a reason that a lot of French girls wear flat-soled dress shoes.

Plum Rule of Thumb: Don't think too hard about what you're going to wear. Approach tapered trousers and a blouse with laissez-faire and you won't have to worry about street-sellers attempting to hock selfie sticks at you.

These days it is so much easier to travel around the world than it used to be. There's no need to hit up the Bureau de Change before you're due to stay for a while in a new country. Prepaid travel cards are unbelievably handy. Many of them function along the same lines as a debit card, only they don't charge for foreign ATM withdrawals. (Let's face it, no machine should charge you for accessing your own money!) It's sort of like short-term banking without borders! No hidden ATM fees! Hurray!

With a prepaid travel card, you'll be able to use it in restaurants and stores, as well as top them up on an app.

Which prepaid travel card should I go for? There are so many out there, but the one that has been constantly good to us is Revolut. Built around a handy app, this also allows you to monitor the rise and fall of the exchange rate. This is pretty awesome because if you're in the planning process of going to Paris, you'll be able to monitor the rates for a while to pick which you want. You even get your own IBAN.

Here are a few helpful phrases that could come in useful.

Let's put it this way: It's kind of weird not to at least try to speak French when you're there? How can a city that relies on greeting strangers in stores and boutiques be rude? They aren't. Parisians are down-to-earth and to be honest, they just want to have an easy go of it. We're not saying you need to pick up Rosetta Stone, as long as you give their language a go, they'll appreciate it.

Insider Tip: A single ticket can also be valid for more than one use for a 1.5-hour window - don't rip it up like we did!

The Paris subway service - the Métro - is the simplest and fastest way to get around the city. The Métro doesn't operate too much differently to rapid transit in other cities. As a rule: follow the signs and get to where you're going. If you miss your stop, just hop off at the next one and go the other way. Simple.

The Métro may seem daunting at first, even to the initiated. It still relies on paper tickets (t+) printed out of kiosks, but if you're going to be setting up base in Paris for a few days to a week, it'll be in your best interest to look into a weekly pass.

Regardless of the decision you make, travel in Paris is pretty inexpensive. The city is small and walkable enough that buying a carnet (10 tickets) may last you a few days. Métro tickets can be accepted on the subway, buses, trams, zone 1 of the RER (Réseau Express Régionale/Regional Express Network) and if you're staying in Montmartre, even the funicular.

HOW TO NAVIGATE THE MÉTRO

The Parisian subway system is made up of over 300 stations, which makes it sound much more complicated than it is. The system was constructed to be within the confines of the city walls, so while there are 300 stations, they're all pretty close together. There's also no way of missing the variety of entrances that at times can be as extravagant as the buildings surrounding them.

This labyrinth of stations stretches out over 16 lines (distinctly colour-coded and numbered) and the layout weaves a slightly less tangled web than the London Underground. Pretty much all of the Métro platforms are well signposted (with the sights - eg. Arc de Triomphe - included) and will help you figure out where you're going. All you need to remember is the number of your line and the general direction in which you're headed and that SORTIE is a nicer way of saying WAY OUT.

OTHER MEANS OF TRANSPORT

Oftentimes when words fail, our smartphones can pick up the pieces. We've pulled together a few of the apps we like to use at Plum when we're looking for somewhere to stay. They'll make travelling in Paris feel like a second nature.

OUR MOST USED PARIS APPS 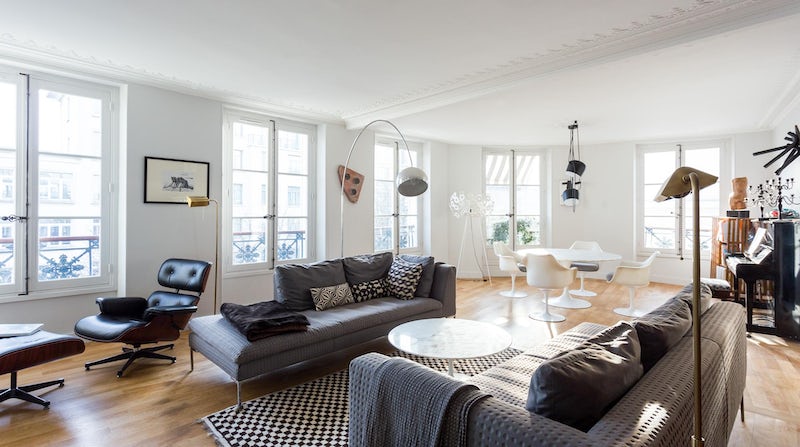 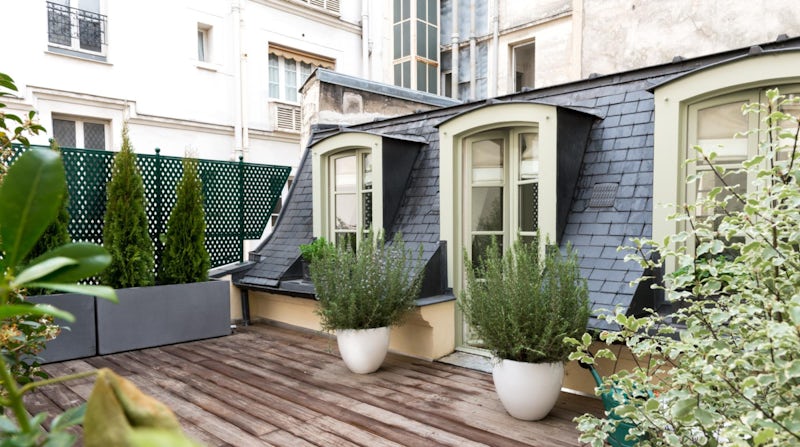 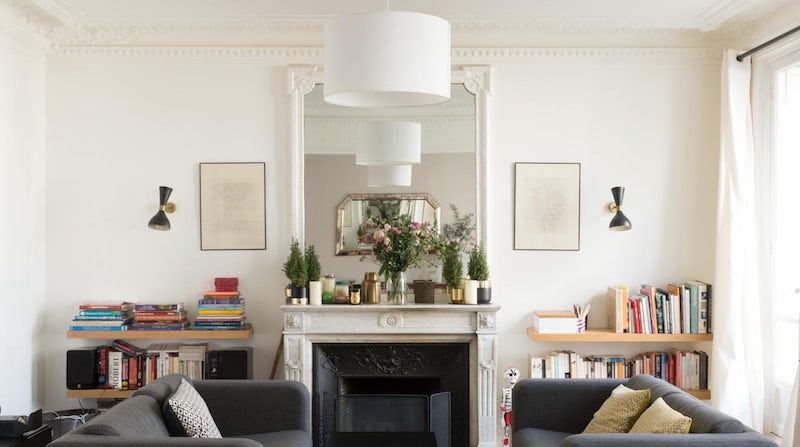