Debating a New York City adventure? The Plum Guide team have some suggestions on where to stay and what to do in the inimitable NYC

Who hasn't dreamed of stepping foot out of an iconic yellow cab onto the streets of New York?

New York is a timeless city; a city of dreams built on books, movies, songs, and dreams themselves. Most of us have pictured, at one point or another, high-tailing it to the Big Apple to become something.

For those of us who've set foot there, we're all tourists at one point. We've bemoaned Times Square, echoing what we think locals are saying: "It's just too busy." And, "No New Yorker would choose to live near such chaos." Even, perhaps, "New York isn't what you think it is."

It is busy, it can definitely be chaotic, and it's not what we think it is in some of the best ways.

To help you find your feet, we've formed the ultimate tourist guide for you, so that from the minute you arrive you'll feel less like a tourist and more like New York is an old friend.

New York City is divided into five boroughs, each of which then have their own neighbourhoods and personalities.

THE BEST NEIGHBOURHOODS IN NEW YORK FOR TOURISTS

It's a truth almost universally acknowledged that New York City is one of the cultural capital of the world.

In a single morning, you can lap up culture, coffee, and street meats we really wish started with the letter C for artistic reasons. All the flavour of that morning depends on is which neighbourhood you decide to stay in.

The Uptown vibe hasn't changed much which is why people who live there love it. With beautiful houses, museums, and galleries, it's a very refined part of the city.

Culture, museums, art, and the strongest sense of community in Manhattan. A love of green spaces doesn't hurt, not with one of the world's most glorious city parks close by.

Being in the busiest and most alive city in the world. The theater and financial districts can provide ample opportunities to those who enjoy the arts, and it's also where you'll find the infamous Times Square.

Home to the Villages (Greenwich, East, and West), Downtown Manhattan's tree-lined streets keep the energy of the Beat poets alive.

With its layered and interesting history, and arts and culture. All of these combine to make the downtown area the original artistic place du jour.

For the past decade or so, Brooklyn has become more and more fashionable, and the gentrification of the area has led to a massive increase in house prices.

Bohemia-at-large. The streets are artistic and multi-cultural, while still staying family oriented. 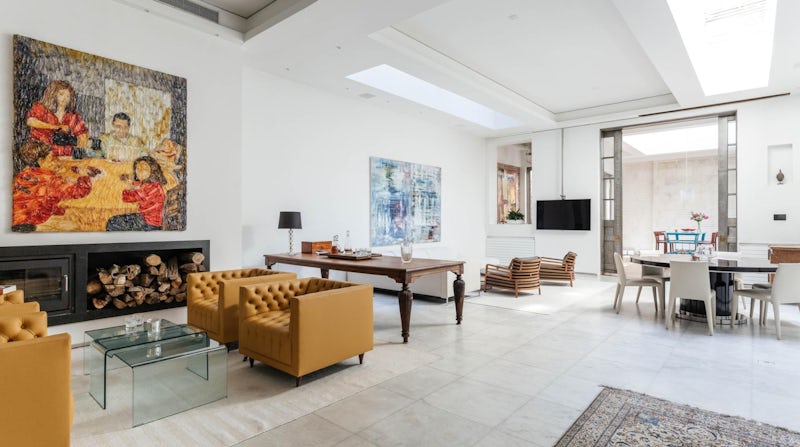