The Plum Tourist's Guide to Milan For First Time Visitors

Milan is one of the most fashionable cities in the world, and if you're looking to visit for the first time, we've got the ultimate guide right here

Milan is a true metropolis: strong and fearless but welcoming, too. Little by little, I came to realize that I could become someone here.

What Milan lacks in picturesque, sprawling coastal villas, it makes up for in character.

Its home to Da Vinci's ‘Last Supper' and its buildings are a strange mix of Italian architecture in Danish colours. All of the city's biggest tourist attractions can be seen in less than a day, and on foot.

While Milan is notably smaller than Paris and London, it doesn't lose out to them on pull or magnetism, and is particularly ideal if you're looking for  a holiday full of lavish shopping interspersed with a little sightseeing, Milan is the city for you.

The last thing you want to do is stay in Ticinese (the nightlife hub) when you're looking for the peace and quiet of somewhere like the suburban Corso Magenta. That's why we've put together a handy Milan neighbourhood guide for anyone looking to experience the fashion capital.

Artsy-wealthy district Brera is a chic area in the city centre. If you want the Milan of the movies, then Brera is the place that epitomises all of those wild, carefree European fantasies.

With its elegant apartment buildings, world-class art galleries, and cobbled streets, Brera echoes its Bohemian history without the noise and chaos of neighbouring Duomo.

Even though it was once the low-rent place-to-be for those on a pilgrimage to Milan, these days it's filled with fashionable galleries and clothing stores. Rent here is high, and its residents are some of the wealthiest in the city.

You have a passion for art, independent boutiques and ateliers, and enjoy your nightlife with fewer tourists.

High end rollers on the vacation scene will find their best selves on Porta Nuova Isola.

Made up of the Garibaldi, Isola, and Varesine districts, this is the new business district. Full of futuristic and modernist bars and restaurants, high rises, skyscrapers, and other towers dominate the neighbourhood’s skyline.

Its pedestrian district, during the daytime, is awash with locals doing their designer shops for the night ahead. When the sun goes down, it’s all about happy hours, dancing, and the excellent club scene.

Stay in Porta Nuova Isola if...

You’re not on any sort of budget, and love to be around cutting edge urban architecture.

Formed around Milan's group of canals, Navigli, in the southwest section of the city, dates back to the 12th century. These same canals you see today were once used for trade, though now their banks and pavements have been taken over by bustling bars and cafés.

The streets around the canals resemble Copenhagen more than they do the rest of Milano. Navigli is a relaxed and quaint neighbourhood with narrow passages and green courtyards.

Stay in Navigli if...

You like new discoveries each time you leave your door, enjoy antiques markets and vintage fairs, and cafés hidden from the public eye.

The stunning Chiesa di Sant'Ambrogio - a Romanesque church dedicated to Milan's Patron Saint - and the University campus are the cornerstones of Corso Magenta.

Quiet cafés serving exquisite coffees and beautiful shops are all over the place, but Corso Magenta's Holy Grail is Santa Maria delle Grazie. A Renaissance church that's home to Leonardo da Vinci's The Last Supper. This glorious and timeless piece of art is a must-see, but also a difficult one to if you're running on a short amount of time at high tourist season. Make sure you book your tickets in advance.

Stay in Corso Magenta if...

You want to be close to the city centre all without enduring the noise pollution of big city life.

The rest of the neighbourhood is made up of smaller streets which have everything from second-hand designer jewelry and vintage shops to immersive art galleries - the Giò Marconi Gallery and Spazzio Maiocchi are here.

Porta Venezia is also home to Milan’s most romantic park, Pubblici Indro Montanelli, which leads to the museum of modern art.

Stay in Porta Venezia if...

You like old school charm with a post-modern twist, chic bars and restaurants, and contemporary art.

Ticinese, at the start of the Navigli, is a booming, exciting district full of young intellectuals and creatives, the rich and the struggling, and everyone else.

It's also hipster central - so if you enjoy places like Williamsburg, Silver Lake, or Shoreditch - this is the Milanese neighbourhood that was made for you.

Stay in Ticinese if...

You enjoy an active nightlife, having a good time, and want to leave with a story. 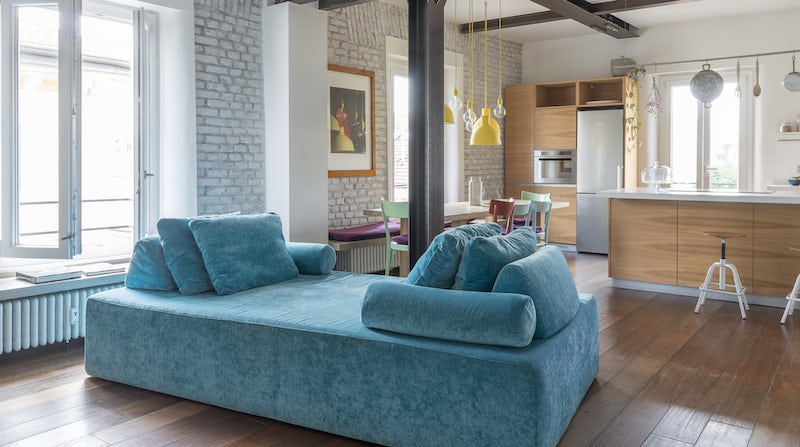 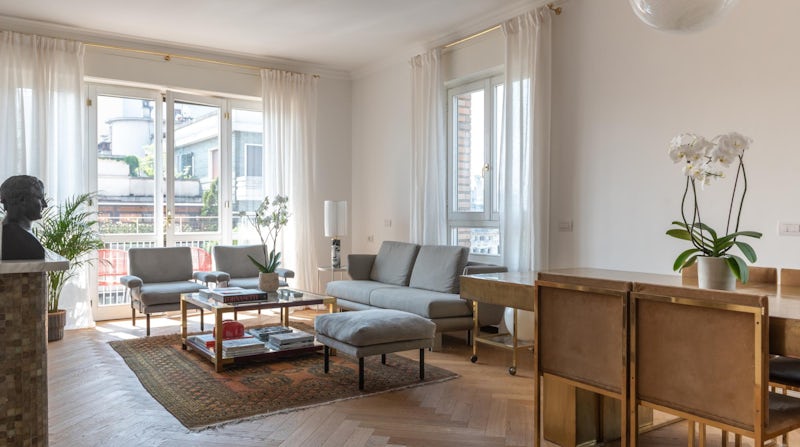