How to Enjoy the Ultimate Shopping Trip in Paris

If you're visiting Paris to enjoy some shopping, we've got a rundown of the best places to visit

Whatever your reasons are for visiting Paris, one thing you can't possibly neglect is that Paris is both the capital of fine arts, and also the fine art of shopping.

Just about every arrondissement has its own secret boutiques and hideaways, and you're as likely to come across a designer 1930's dress in a flea market in the 14th, as you are an independently owned boutique in Saint-Germain-des-Prés.

The Champs-Élysées, busy and tourist-heavy as it may be, lives up to its reputation as one of the most beautiful boulevards in the world. But be warned, Parisians (accurately) see the Champs-Élysées as their own version of Times Square.

Artistic director Michael Wolk once told The New York Times that he loves living around the lights and the noise of Times Square; that he is fascinated and even enlivened by the energy. He's not alone. There is, as they say, someone for everyone.

In this case, there's a beautiful Parisian apartment for everyone and The Sophisticate has a beautiful peace for being a mere five minutes away from the buzzing Champs-Élysées and nearby Avenue Montaigne boasts flagship stores for Valentino and Chloé.

Ateliers, fashion, and the home of haute-couture

The Marais has cobbled streets that echo the past in every footstep. You can sit and enjoy a carafe of house Bordeaux while eying the finest lingerie, vintage books, and couture gowns. This is also where you'll find Rue des Rosiers, which is home to Isabel Marant, Galliano, and plenty of concept stores.

In the 14th's Montparnasse, the past meets the modernistic present with a shopping mall and range of tiny boutiques.

Jean Cocteau once said that poverty was a luxury in Montparnasse, and while it's no longer part of the experience, it's impossible to escape the artistic atmosphere. L'Atelier de Lumière, glassmaker and goldsmith Jean Perzel's legacy, can be found on the edge of Parc Montsouris in the gorgeous Art Deco showroom designed by architect Michel Roux-Spitz.

The 1st arrondissement is the heart of the city. There we find the Louvre, Place Vendôme, and the Tuileries Gardens... as well as several tourist postcard stands with the ubiquitous Le Chat Noir posters. (The music boxes that play Edith Piaf are pretty cute, we'll say that.)

Saint Honoré is to haute-couture and trendy Parisian Bohemia what Champs-Élysées is to midrange essentials Sephora, Marks & Spencer, and for the kids, the Disney Store.

Across the river—literally, hop over the Pont de Carrousel and you'll be there!—the streets of the culturally bourgeois epicentre that is Saint-Germain-des-Prés is where affluence and elegance meet. If you're wandering around the district after Christmas, you'll see that even their dead Christmas trees have a way about them.

Recognisable names like Sonia Rykiel will be found next to top grade high street essentials like Maje and The Kooples, and at the end of everything are the church of Saint-Sulpice, Rimbaud's old streets, and Paris's worst kept secret.

How to Get Around Paris Easily

Paris is a small city, walkable in breadth if you're in the mood for it. Outside of Montmartre, its Anglophilian vegan cafés, vintage shops (where you can bag bargain designer gear for a quarter of the price), and the path to Sacre-Cœur, it's a relatively flat small city in which you can easily cover without breaking much of a sweat. (It's handy, we hate sweat!)

Going from store to store can take up a day easy, and Paris is the capital of shopping not only because of its array of ateliers, vintage markets, and fashion houses, but because if you'd like to go from one to the next, there's always a chance you'll turn a corner and discover hidden sculptures and architecture that'll make you feel like Paris is your home.

Paris has its share of stores you won't find anywhere else. That's where Citypharma comes in. The mark Citypharma will make on you won't be as grand as walking in the galeries of the Palais Royal where Serge Lutens' limited Paris-only scents can be found to the west and Didier Ludot—the place to find and exchange luxury vintage garments from the city's best couturiers—to the east, but when you make the essential point of heading pharmaward, you'll see why it's such a big deal.

At Citypharma, you can get all of your cosmetics, your moisturisers, exfoliants, weight management products and medications for a huge discount compared to anywhere else. Caudalie, La Roche-Posay, Avène (one of our faves), and Bioderma can all be found there. Let's put it this way: for the same price as you could buy a couple of cleansing products, you'll be able to arm your bathroom cabinets for the next few months. We'll provide a proper Survivor's Guide to Citypharma for you in time for the summer hols.

For the Bohemians amongst the ranks—we're with you on this one, I mean, look at us—there's something exciting brewing in the once empty streets of the 3rd arrondissement. The Vertbois Collective was started as a way of bringing life back into the Vertbois neighbourhood and is the ideal location for any artists and visionaries to delve deeply into for independently run boutiques and treasures. And check out Anna Rivka, too!

Spring In The Marais

Flea market might sound like a strange term, but the origin in itself comes from the Parisian Marché aux Puces de Saint-Ouen; a collective of 15 markets in the northernmost suburbs of Paris. Its name literally means market of the fleas.

The Puces was, at one point, the place to go to hock your used (possibly even covered in fleas) goods for a few Francs, hence the name, but these days it's one of the city's biggest attractions to those who aren't as desperate to hop on the train to Disney—read as: The free and childless singletons among us—as we are keen to find a rare Jacques Brel record or art nouveau postcards with love letters written before we were born.

As with most things in Paris, no matter how much time goes by or how much modernisation and gentrification so naturally occurs, there will always be footprints of the past. As well as its bric-a-brac stores, artisan candles, and all the furniture a person could begin to scrape the surface of on a Sunday morning, there are trendy cafés and chic concept stores like the Quintessence Playground you'll never want to leave. (Bring us back a cushion.)

While the Puces is like Shoreditch and Portobello Road got together and had an out-of-wedlock-baby with a French waiter in the early 20th century, the Puces de Vanves is another breed altogether—and naturally, one of our favourites.The Vanves flea market is where the antiques collectors go. It's also the place to go to be serenaded by a glorious French street musician on a tiny piano while you browse racks of 40's Dior and 20's Lanvin and Schiaparelli, love and hate letters, Frankenstein taxidermy and the most special of antiques. If you'd like a scale of just how much of a gem the Vanves is, someone once found a Daguerreotype signed by the man himself.

We're sure you won't want mobile phone chargers from the late 90's, so it's best to stay on Ave. Marc Sangnier unless you're fans of a good laugh and one-armed action figures. Marché aux Vanves is in the 14th arrondissement, quite close to La Petite Ceinture (Paris’ "little belt"); an abandoned circular railway that was pretty much the forebearer of the métro we know and love (and begrudge) today.

We also can't think of a better way to spend your Sunday than scoring a vintage couture fur coat, grabbing un petit cafe, and shopping in Paris. 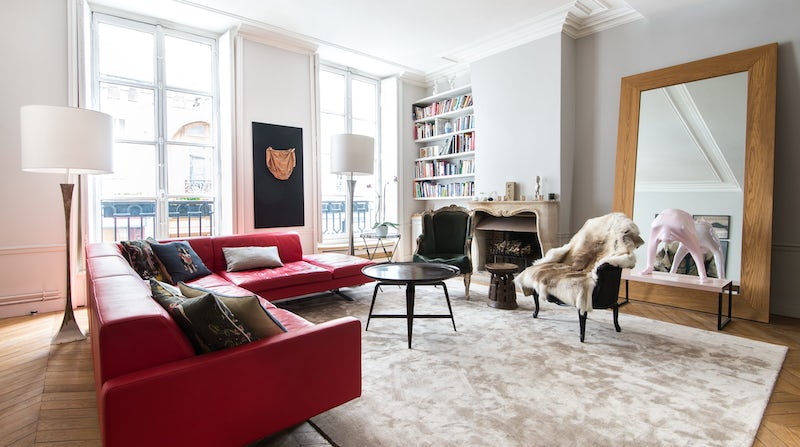 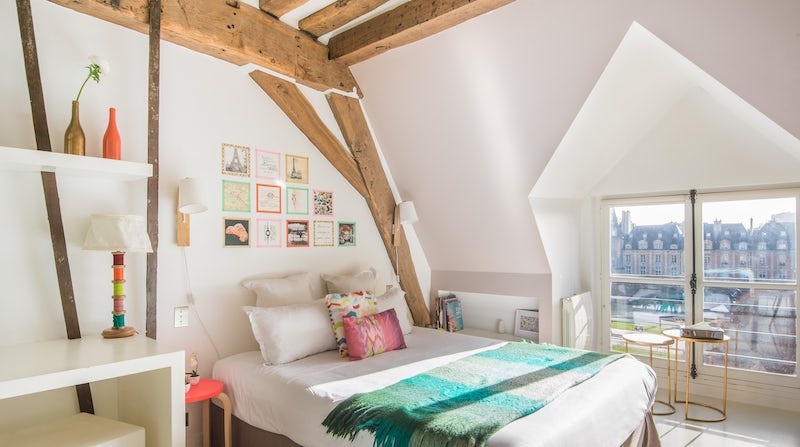 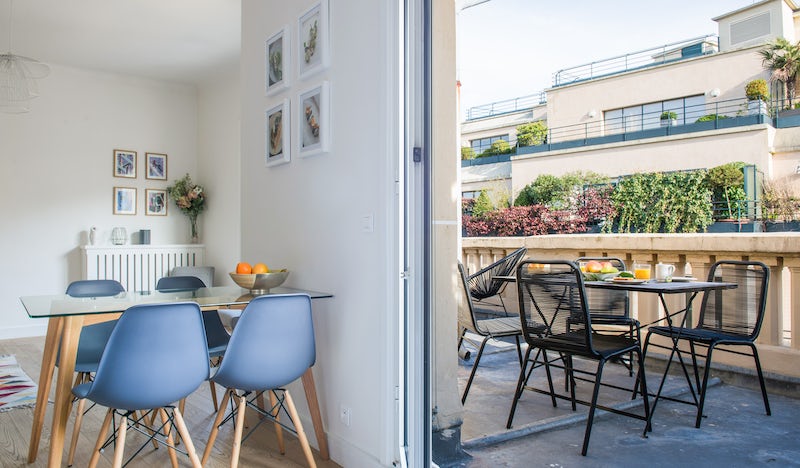 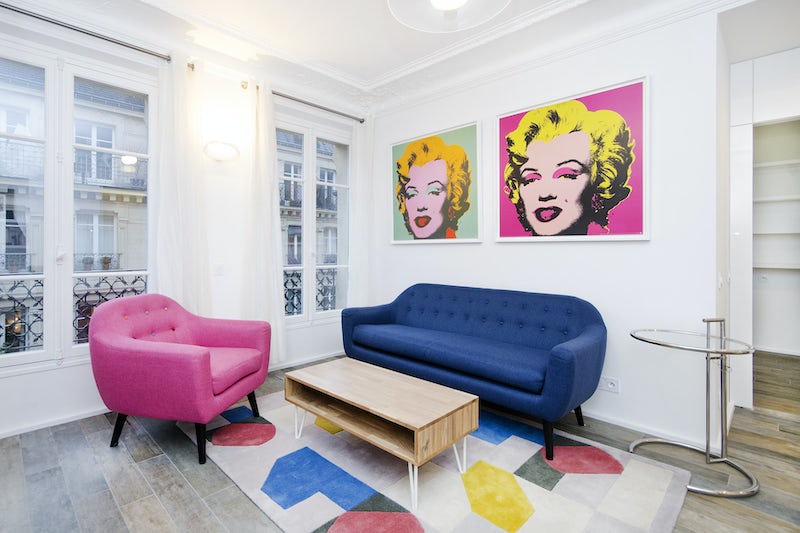 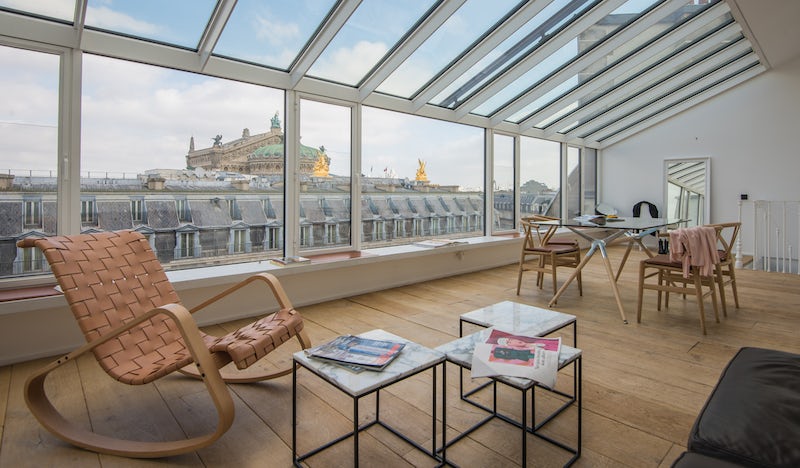 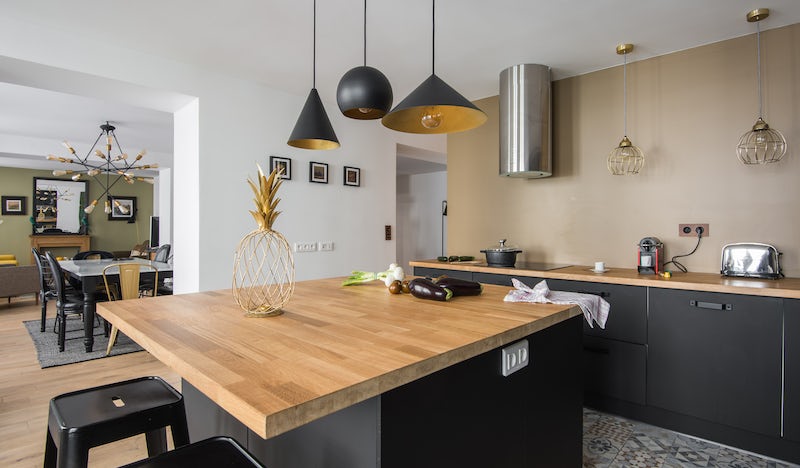 Spring in the Marais 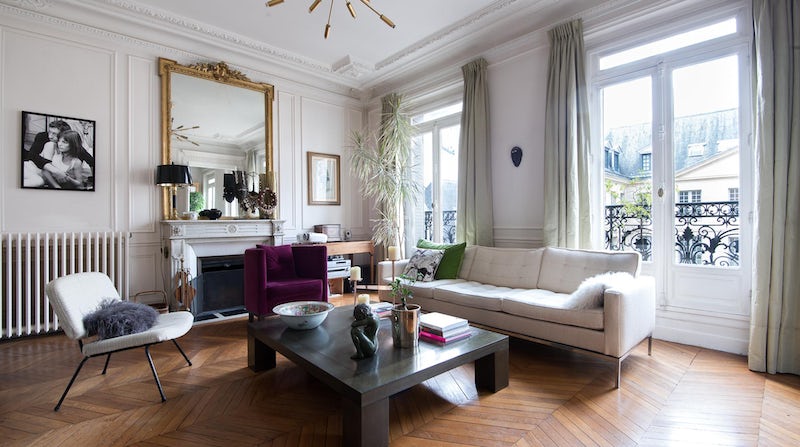